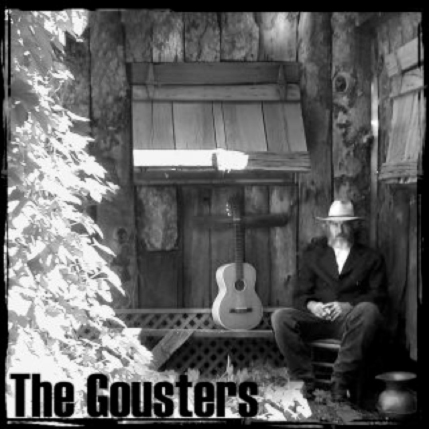 Make Me a Kinder Man


If It All Goes Well


Take Me Down Low

As on the original website, I have made all the songs from The Gousters 2005 ( above ) available for free downloading !

This is the press release from the first CD: The Gousters 2005 in top 50 for 60 weeks on Roots Music Report in the Folk category.. 5 Star Review by Brenda Barbee
Walt Cronin met Zander Schloss when working on a now cult film called "Repo Man" by Alex Cox. Walt's friend Peter McCarthy from Chicago was one of its producers. He had just moved to Los Angeles and helped out videotaping the auditions with his interest in video production just beginning. Zander of course played "Kevin" and went on to pursue his true passion of music, writing some of the soundtracks of Alex's other films, "Sid & Nancy,"& "Straight To Hell" as well as acting in them. He is the bass player for one of L.A.'s founding punk bands "The Circle Jerks" still on tour after these many years.

Zander has also written with the late Joe Strummer and Scott Weiland. Zander, originally from St Louis moved to California as a teenager. Having become friends while working on "Repo Man" in 1984, they reunited when Zander rented the studio apartment in 1999 over Walt's garage. This was a home he and his wife were renting in Los Angeles. This old Spanish home built in the 1920s had what is very uncommon in L.A. "A basement".

This is where they spent countless hours recording analog tracks onto an eight track reel to reel. Zander's command of musical instrumentation and the help of his many friends who contributed both instrumental and vocal tracks over a period of 3 years evolved when they brought the reels to Brian Susko's Westside Recorder Studio. It was there, that editing, mixing and dozens of more tracks were added digitally over the next few years with Brian's fine ear.

Walt moved to Crestline, CA in the San Bernardino Mountains where he and his wife had bought a cabin on an acre of land. Walt was seeking some peace of mind having been diagnosed with post-traumatic stress. He had served as a Navy Corpsman ( medic) with a Marine platoon in Vietnam in 1970.

After the wildfires in the fall of 2003, Walt was never able to regain a sense of safety living somewhat remote in the forest and returned to urban L.A. He finally has completed what had been sitting on those back burners these many years.. The Gousters. The origin of the name is what is perceived as pre-dating the "Grunge" look in Seattle.
It was a term he referred to he and his friends as of the similar style or "non-style"of the way they dressed growing up in Chicago in the mid-1960s based on black street slang on the south and west side.